Tokyo 2020 Diary: Tokyo 2020 marathon and race walks moved to Sapporo because of fears over heat, from Inside the Games’ Duncan Mackay

The Doha WC has finished and the worries about Tokyo come to the forefront. We applaud the IOC on making those decisions to move the long road events. The moving of the events will make the coverage of the events much harder for media than any other modern Olympics, considering the astronomical costs in housing and logistics.

The Doha events were done the best that they could have been, in terms of sites in Doha. What was not considered, in my mind, was the changing of the distance to 1/2 marathon or 30k for long walks.

Athletics has to change in order to be relavant, we are told. Truth is, we have to consider which cities can safely showcase (or groups of countries) a WC or Olympics. Doha was a good host in everything but weather and fan base. The Arab League boycott should have woken the IAAF up. It did not.

Eugene 2021 and Budapest 2023 will be fine showcases of the sport of athletics. Tokyo will do all it can to make the Olympics memorable.

Please enjoy the column below from www.insidethegames.biz‘ Duncan Mackay. We encourage all to follow this site!

by Duncan Mackay, Inside the games 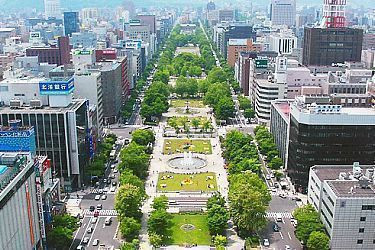 The Olympic marathon and race walking events for next year’s Olympic Games have been moved from Tokyo to Sapporo, it has been announced today.

The move to Hokkaido, the northernmost prefecture of Japan, will mean significantly lower temperatures for the athletes during the Olympic Games, the International Olympic Committee (IOC) claimed.

In Sapporo, which hosted the 1972 Winter Olympic Games, temperatures during the Games period are as much as five to six degrees centigrade cooler during the day than in Tokyo, more than 800 kilometres further south than the Japanese capital.

Concerns over the heat at Tokyo 2020 have grown in recent months after more than 50 people died in the city in July after temperatures of 40 degrees.

“Athletes’ health and well-being are always at the heart of our concerns,” IOC President Thomas Bach said upon his arrival here to attend the last day of the Association of National Olympic Committees World Beach Games.

“A range of measures to protect the athletes have already been announced.

“The new far-reaching proposals to move the marathon and race walking events show how seriously we take such concerns.”

To see the story in its entirety, please go to: https://www.insidethegames.biz/articles/1086013/olympic-marathon-moved-to-sapporo