This is story 2 for the week from Stuart Weir. This feature concerns the funding of 66 athletes for GB Funding in 2022-2023. This is an important piece, and the approach that Team GB takes to funding is fascinating.

A group of 66 athletes have been nominated for membership to join the UK Athletics Olympic World Class Programme (WCP)* for 2022/23.

The athletes are in sections.

The full of athletes is below.

The main points to note are as follows:

Cindy Sember (fifth in the World Championship) is promoted from potential to podium.

Five athletes who were on the Podium level in 2021-2 have not retained their status.  Adam Gemili is not relay only. Callum Hawkins, Abigail Irozuru, Lynsey Sharp and Lorraine Ugen have lost funding.

Victoria Ohuruogu, now 29, ran a PR, was second in Commonwealth 400m and fourth in the Europeans, has been added to relay funding for the first time.

Stephen Maguire, Technical Director at UK Athletics, commented, “We look forward to working with the athletes and their coaches, and seeing where the World Class Programme can support them appropriately, and where it can add value to enhance their potential as we look ahead to Budapest, Paris and beyond.

“Alongside the success of the Futures programme we are seeing a huge amount of young talent emerging through the system, and the standards are continuing to rise as those athletes develop and push on.

“With this introduction of young talent on to the Programme, joining a number of experienced athletes who have or are establishing their ability on the international stage, we will be looking to build on the momentum and success of the 2022 season and take that into the World Athletics Championships in Budapest next year, the Olympic Games in Paris, and looking further ahead, into Los Angeles in 2028.

“We’d like to thank UK Sport and the National Lottery for their continued investment in the World Class Programme. Their support is essential to helping our athletes be the best prepared they can be for the biggest competitions.” 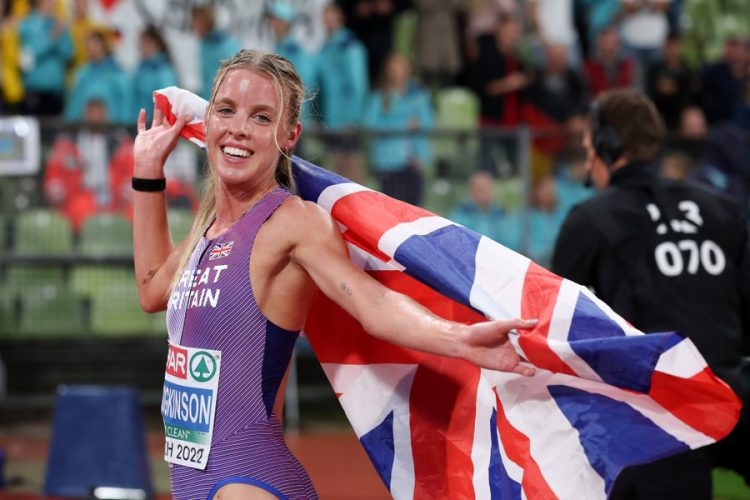 *The Olympic WCP is UK Sport’s National Lottery-funded initiative supporting the delivery of success at named milestone targets, namely outdoor track World and European Championships and the Olympic Games, with Budapest 2023 and Paris 2024 the next major events on the athletics calendar.

The WCP is split into several levels reflecting athletes’ actual and potential performance levels: Podium, Podium Potential, Relay and Confirmation. Athletes are nominated for the WCP to further the aim of UK Athletics to win medals at the 2024 and/or 2028 Olympic Games. UKA are committed to the principle that winning will always be achieved with integrity and in line with UK Sport’s ambition of ‘Keep Winning and Win Well’.

Therefore, UKA must be confident that any athlete nominated for the WCP has the realistic potential, demonstrable performance capability, and capacity to make the necessary progress to achieve a medal at least in one of the next two Olympic Games.

As per previous years, the nomination for WCP membership is subject to UK Sport ratification and a signed athlete agreement between the athlete and UKA.

The 2012 NYC Marathon– Ten Years Ago, The Greatest Marathon that Never Was

The 2012 NYC Marathon-- Ten Years Ago, The Greatest Marathon that Never Was