Dina Asher-Smith won three medals at the IAAF World Athletics Championships, including the gold medal in the 200m and silver in the 100m, photo by Getty Images / IAAF

The Mondo company puts together some of the finest tracks in the world. This is a piece from EAA on the Doha WC successes of European Athletics.

More than a week after the IAAF World Athletics Championships Doha 2019 came to an end, there is a still an afterglow among athletics fans around the world as time they reflect on the phenomenal performances witnessed in the Khalifa International Stadium.

The statistics tell the story of what happened over 10 days of competition in a stadium surfaced by European Athletics Green Inspiration Partner Mondo, with WCH Doha 2019 being judged the best multi-day championship ever, surpassing every previous world championships and Olympic Games, according to the IAAF performance rankings.

Three world records were achieved on the Mondotrack WS surface, Ukraine’s Yaroslava Mahuchikh twice improved the world U20 high jump record, an there were seven championship records, 22 world-leading marks from the 49 events contested, 21 continental records including four European records and no less than 34 national records for European athletes from 16 different Member Federations.

A European record for the British 4x100m team to win silver at the #WorldAthleticsChamps! 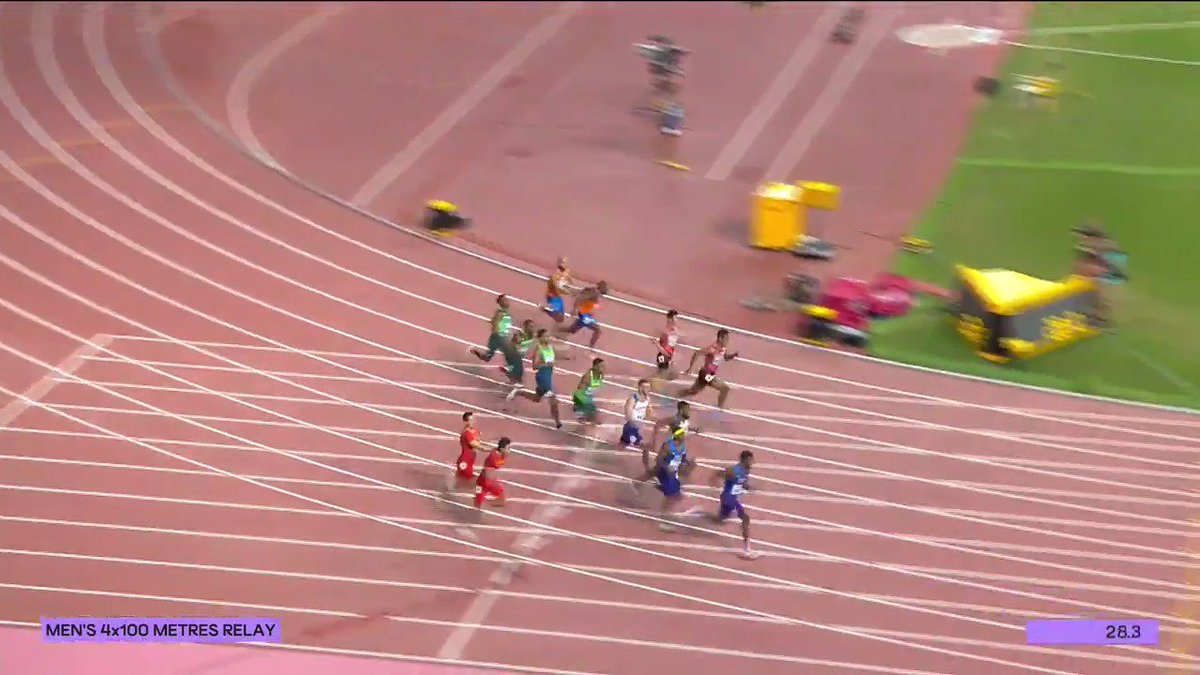 Great Britain acquired two European records in the inaugural mixed 4x400m at these championships, with the quartet clocking 3:12.80 in their heat and then improving to 3:12.27 for fourth place in the final – a time which would have been a world record prior to Doha – and the British sprinters also went into new territory for a continental team when Adam Gemili, Zharnel Hughes, Richard Kilty, and Nethaneel Mitchell-Blake finished second in the 4x100m in 37.36.

However, arguably the individual European performance of the championships was the European 1500m record by the Netherlands’ Sifan Hassan, who produced a stunning gun-to-tape run to win the 1500m in 3:51.95 to take more than half-a-second off a mark that had stood for 39 years.

Her win followed on from that over 10,000m to give her a unique double unseen at any other major championship.

The diversity of superlative performances paid testament to the track’s myriad of qualities that benefited competitors across every discipline and many athletes from around the world in Doha paid tribute to the track, and its role helping them climb the podium, echoing the words of the stadium announcer who regularly referred to participants having the advantage of demonstrating their talents on “a magic carpet.”

Mondo Sport Division Manager Maurizio Stroppiana had said just before the competition got underway that, “We believe Mondotrack WS will contribute to the look, to the performances and to the sustainability of the IAAF World Athletics Championships Doha 2019.”

It was an assertion that by common consent quickly proved to be true.