This is a column from Justin Lagat, our senior writer in Kenya. Justin writes about the need to move up the Kenyan cross-country trials for the 2023 World Cross Country. Due to the hassles with visas, Athletics Kenya moved up the races with little notice.

Due to the requirement to process travel documents on time for athletes going out to represent the country at the World Cross Country championships in Bathurst, Australia, in February next year, the national trials had to happen next weekend on 10th December. 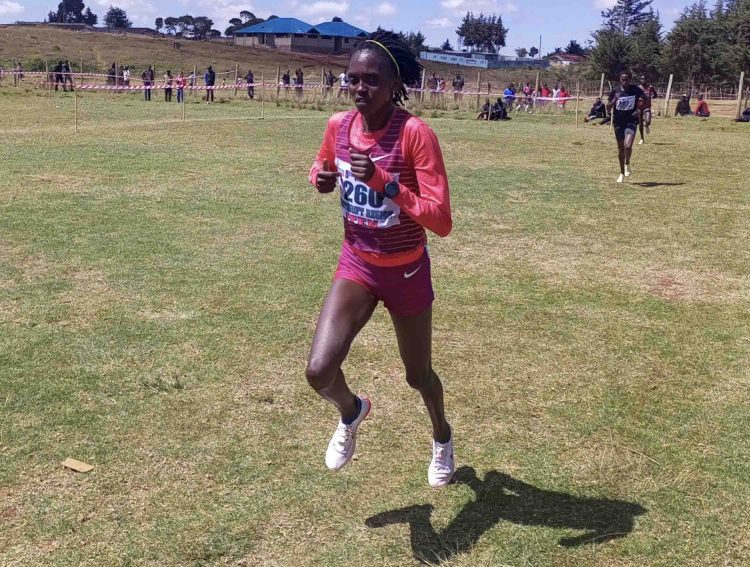 This has not only gotten some runners who were preparing to be on their best form in January by surprise, but the remaining cross-country events had to be attended by those seeking an invitation to the national trials. The last of the 5-leg series of the Athletics Kenyan cross country meetings this season was the Iten meeting, and it saw runners –who had not placed in the top six positions in the meeting that had been done- battle hard in their last chance to impress the selectors who would invite them for the trials.

Irene Cheptai, the 2017 World Cross Country Champion, easily won the senior women’s race by a comfortable margin despite knowing that she had to preserve some energy for the national trials that would happen in a week. Cheptai won the race in 34:52. Jackline Chepkoech and Millicent Kemboi followed in 35:19 and 35:30, respectively.

In the men’s senior race, a strong leading pack of five runners were together up to the last 1km when Sebastian Kimaru and Geoffrey Koech broke away. But, it was Kimaru, the Kenyan national record holder for the 1hr run, who eventually emerged victorious in 30:35.11 against Koech’s 30:38.7. Nicholas Kimeli came third place in 30:47.5.

In the U20 categories, Gilbert Kiprotich from Kapkitony, a high school candidate doing his national exams, won the 8km race in 24:52. He is still determining whether he will be at the national trials as his focus is now on passing his form four examinations. Deborah Chemutai, who is also in school and trains alongside Ednah Chebito while the schools are closed, won the junior women’s 6km race in 21:05.