For Bob Beamon, A Legendary Achievement  Once Again Stands Before Him!

Bob Beamon and his Olympic medal, photo from Jeff Benjamin

This is Jeff Benjamin’s piece on the iconic Bob Beamon and his next dream, to build an indoor track facility in Texas!

For Bob Beamon, A Legendary Achievement  Once Again Stands Before Him!

Bob Beamon has always been one of our Sport’s greatest supporters and Ambassadors, especially when it comes to kids!

So it was no surprise when back in 2017, the barrier-breaking 1968 Olympic Long Jump Gold medalist spoke with this writer on the need to promote the Sport.

“I’m really interested in getting involved on an indoor track level to get kids going,” said Beamon 5 years ago when he was visiting his pal Frank Gianino’s “Frank’s Shoe Fitting” running store in Middletown, New York.

Now that dream has come to fruition, and if it’s successful, in a view 10 times larger than Beamon’s original vision!

Teaming up with Beamon and Don Franken, RunRite Track and Field, a division of Z Media & Entertainment, announced in late 2021 its intention to build a major indoor track and field training and competition arena in Texas. The company’s plans include ten such facilities around the state and in various other cities around the county.

And the legendary Beamon, whose 1968 Olympic long jump record of 29 feet 2 inches sent the event into a new “Beamonesque” stratosphere, is on board and ready to jump in (pardon the pun!) as well.

“Runrite reached out, and we had an extended conversation about the status of Track & Field,” said Beamon. “I enjoyed the conversation, and they wanted to move forward and asked me to join the organization.” 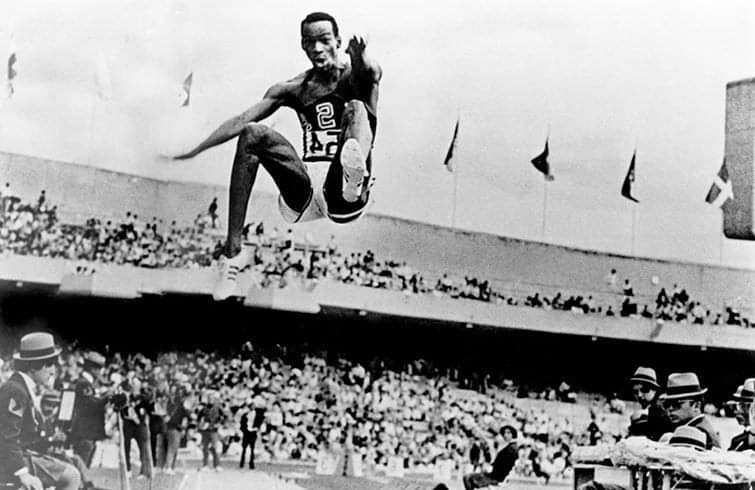 Also included in this venture is the concept that the facilities will offer programs utilizing proprietary technology invented by Zig Ziegler, the Sports Kinesiologist and CEO of Z Media, which can identify areas of any athlete’s body that, when improved, can transform their performances.

“Track and field, as a sport, has been left behind other youth sports at the youth club and high school levels,” said Ziegler. “Many athletes are not even introduced to the sport until middle or high school, and then it is only chosen by many as a secondary sport to get in shape for other sports. Our goal is to inspire athletes to choose track and field as their primary sport by giving athletes access to a program and events which rival other sports to which they are exposed like youth club soccer, club volleyball, and little league baseball.”

For the modest Beamon, his vision looks like it will become a huge reality, a vision he’s not been unfamiliar with before on that fateful day in 1968 in Mexico City.

“I’m extremely blessed to give my 2 cents,” said Beamon.

I’m hoping to be an asset to the company and to the youth of America.”