This feature, written by Stuart Weir, is on the finest 1,500m in the world, Faith Kipyegon!

Let me explain to you how the women’s 1500 works. Athletes run three and three-quarters laps, and at the end, Faith Kipyegon wins.  The reigning World, Olympic, and Diamond League champion did it again in Zurich 2022.

In a slow, tactical race where the pacemaker was largely ignored, the final outcome was: 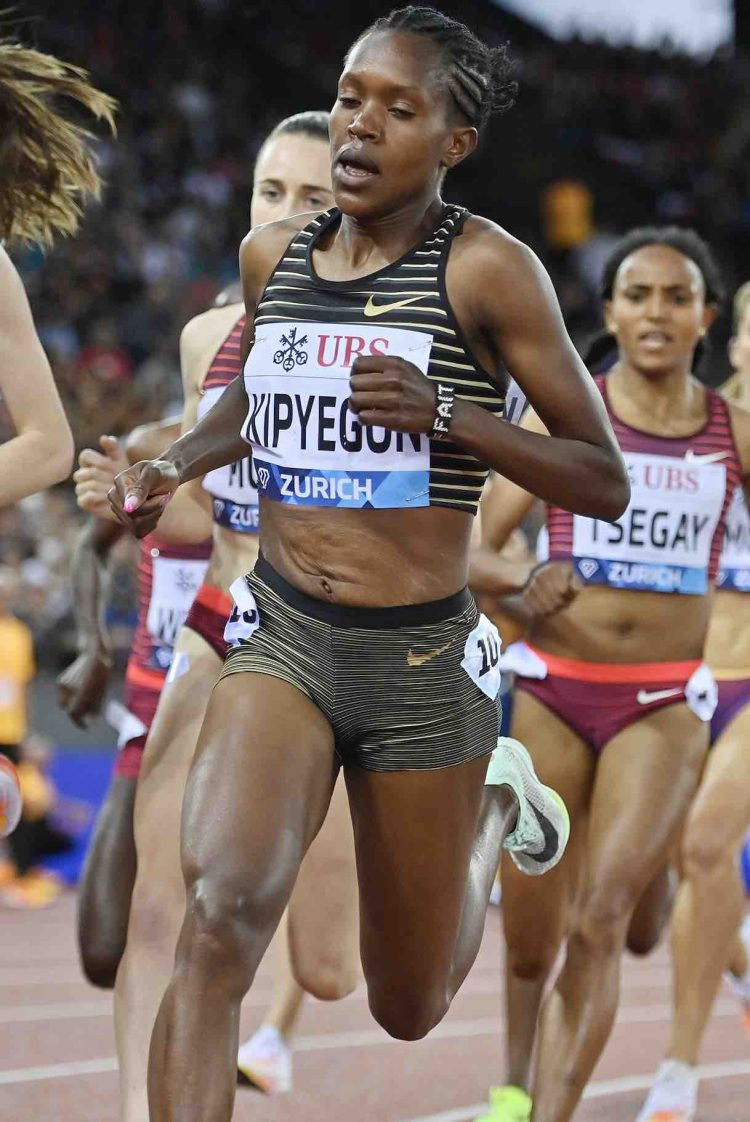 Kipyegon always looked in control and won comfortably in the end.  She told me afterward: “I was looking for something special to end my season in a nice way.  I feel comfortable tonight and decided just to follow the pace and stay in control because I knew it was a strong field. It has been a great season for me, and now I can go home and enjoy time with my daughter.  Then I will prepare for next season and hope to do even better. I may take one month off before restarting training”.  She added: “I don’t feel pressure [of people’s expectations]. I don’t run with pressure.  I run as Faith to do my best”.

“Now I go back and see my daughter.”

Now, family is all that matters.

It was a brilliant performance by Ciara Mageean to grab second place.  It has been an amazing season for her, taking silver in the Commonwealth Games and European Championship, both times behind Laura Muir. Then last week she won the Brussels Diamond League and is now second place in the Diamond League final.  She told me: “It was a tactical race which wasn’t fast by any means but a Diamond League final is never going to me.  I put myself out there in a competitive position and am delighted to come home with silver.  It has been the week of my dreams – to run 3:56 in Brussels and to get into the DL final and come second. What more could I ask for?”

I asked her if she had expected this season : “I don’t know [why it has just happened]. Anyone who knows my career path knows I showed my ability as a junior athlete.  Then I had a rough time coming through U23s.  I feel I always showed the form I could have.  Now I am absolutely delighted that it has all come together now”.

“Oh my goodness, it’s been the week of my dreams.”

Laura Muir will be disappointed with fifth but having medaled at the World, Commonwealth (800 and 1500), and the European Championships, I hope she won’t be too hard on herself.